Before Now by Lam Tung Pang

Starting from the day I set up my studio in the industrial district during my university years and escape from Hong Kong after graduation in 2003, I have been consciously making art as my career.

I didn’t have any idea how art galleries work when I graduated. I have been included in the gallery ecology just because my medium is paintings, which is easier to be absorbed in it. It was more a condition than a choice, so it was a chance. From our university days to graduation, I and my peers (including Pak Sheung Chuen, Lee Kit, Chow Chun Fai, and Kwan Sheung Chi) usually just hang around or work purposelessly at the studios. We learned the concepts of “market” and “profession” through trial and error in the shifting environment. And our interpretation and response are different.

In 2003, with the support of the Hong Kong Art Development Council Scholarship, I went to London for advanced studies. For the three destitute years in London, I was lucky enough to meet some sympathetic galleries. Unfortunately, these generous London galleries are now closed. I heard this is what always happens to ‘kind’ galleries, and it is sad. The art world is a reality just as everything else is.

When it comes to selling artwork, I have to recollect the very first time I ever sold my work. I was in primary two and I had reproduced some comic book images with tracing paper and sold to my classmates at 50 cent. Later in my second year during university, I curated a “box exhibition” at the department corridor, where ten to twenty students made same-sized wooden boxes to exhibit their artworks inside. The Western Art History professor collected some of the works, including mine. The most encouraging experience was during my graduation exhibition. My supervisor, Professor Chan Yuk Keung, collected my painting 《肉身》at five thousand Hong Kong dollars. At that time, it was equivalent to ten months’ worth of my studio rental fee. Professor Chan always helps his students discreetly.

My very first gallery show after graduation was at Grotto Fine Art, a gallery that specialises in local artists. And it was the time when I slowly built up my collector base. In 2005, I tried to show my works in both gallery and my studio simultaneously to complement the insufficiency of each space. Once artists become more active in the field with better connections and more collectors, they hope the cooperative unit of all stakeholders can provide something more than plain display, buy and sell.

Sometimes the pieces are consumed and forgotten by the market even before it could be seriously critiqued or exhibited. Is the work itself not qualified enough to be criticized or discussed? Or is the market environment too anxious to allow some luxury time? I am frustrated with this situation. The ecology of galleries and social system are sometimes a challenge to artistic creation.

Back from London, my focus of creation changed from the loneliness of overseas studies to reflection of the contradictions and relationships between me and the society. It was concocted during my London stay. In 2006, I came back to Hong Kong and signed with another gallery. Apart from the old collectors, I met some new faces. This is an accumulation of artist’s and gallery’s work in different aspects. A three-year contract gave me a stable life. But at the same time it was the feeling of being consumed that would not leave my mind. “Being consumed” is not about the act of buying and selling, but rather about how the artist’s concept and meaningful question of his artwork being dissolved after it’s sold and exhibited. I keep asking myself during many conversations with galleries, art museums, biennials: “If it has to be consumed, what is a good consumption?” and “Is such a stable life my goal?”

A stable life is like taking a part in the gallery system, international biennials, and art museums and so on. It can help the artists but can also destroy them. My natural instinct told me it was time to move on. Then I started to teach art occasionally because I wanted to tell the galleries that my life does not depend on them. When I decided not to renew my contract with galleries, I also declined to do part-time jobs teaching in schools. It seemed there was no way out. At that time I created the work 「從時間到時間」(Burger Collection) as a summary of my recent paintings and did voluntary mural works in New Territories villages. Without any planning, I did an exhibition at the Goethe Institute called 「過去進行式」. It was an unexpected exhibition. Several collectors not only collected that group of artworks, but also introduced their friends to me. This episode reinforced my belief that real collectors will always support the artist they believe. And through this fortunate event, I know more people. I sometimes corporate with others, sometime plan activities related to painting. 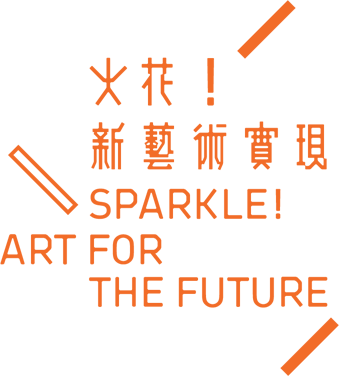